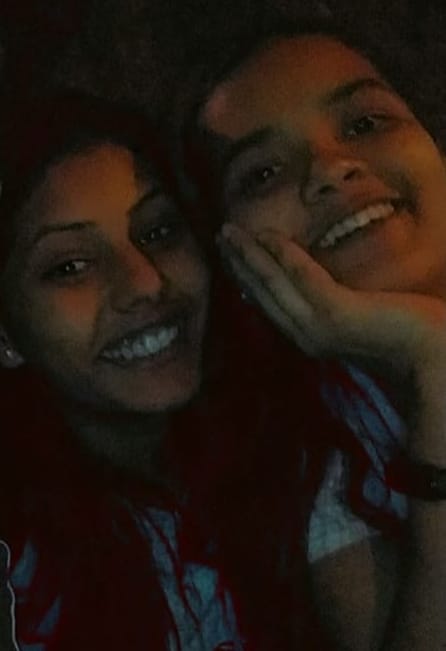 No matter how well trained, coordinated, or cautious one learns to be, nothing quite prepares you for a situation better than life itself. For a brief moment when someone encounters their privacy being violated, they freeze. The training and practice quickly takes over, but just for a moment prior there is a sense of disbelief. ‘Could this really be happening?’ ‘Why is this happening to me?’ ‘Will I be able to overcome it?’ – a million things race by in that moment.

When Anita Chaurasiya and Shraddha Sonar, two of Mukkamaar’s trainers, decided to record exercises for the students at a relatively quiet corner of the underpass of one of the flyovers in Parel near Kamala Mills it was just another day in the office. On a normal day, the duo would record their exercises and then upload them for the students to practice at home. The afternoon of February 24th was no different. They arrived at the underpass, suited up, and were getting ready to start recording. In many ways, the underpass of a flyover might sound like an odd place to practice and record exercises. The vast cityscape of Mumbai, however, provides few spots that harbor a sense of tranquility. The only aberration to it was a makeshift construction zone near the underpass, but there was no way that the paths of the duo would ever intersect with the construction zone. And yet that afternoon it did.

Anita was gearing up to start shooting her colleague, when Shraddha saw a light flash in quick succession. Some distance behind Anita, a man was sitting with his smartphone clicking pictures of the two girls in quick succession. When Anita was alerted to the voyeur her first reaction by instinct was to adjust her clothing. “It is drilled into our psyche isn’t it?” she said. The whole process of checking to see if the person is inadvertently showing skin, or if her training gear is out of place are just mental checks and balances that are drilled into girls from a very young age. “I don’t even think it is taught now,” she added, “I guess it’s inherent. The perpetrators are rarely caught in a web of thoughts as complex. We have to measure every step we take because there is always the ‘what if’ question that comes with our actions.”

But the momentary freeze was quickly replaced with anger. If there was one thing they had learnt navigating the streets of the land it was to raise their voices and fight back. It was better to be feared as a person who’d raise hell than to suffer in silence. “Maybe it wasn’t that dramatic, but it was effective. When we confronted him, he began stuttering and stumbling looking to cover his misdemeanor. We took his phone and called his wife but she hung up. Next we called his supervisor and informed him to reach the spot at his earliest or else we were taking him to the police station. His supervisor came and tried to apologise as well on his behalf,” Anita said. This is the complex part of the narratives of such incidences. The perpetrator usually feigns ignorance, smirks and expects to be let off after a lackluster apology, because that is what girls are supposed to do. The minute the tide turns against the bully, they either try to make light of the situation or get aggressive. The same happened. The fellow tried to apologise in the anonymity of the underpass but the girls would have none of it. First they verified his invasion of their privacy by getting him to unlock and show his phone. Then they politely asked him to step outside by the side of the road and made him squat and apologise. And yes it was recorded for further proof as well.

That all this was happening as the girls were also attending an impromptu Zoom meeting was another facet to the harrowing tale. That they could maintain their calm and composure on the call as the fellow continued with his punishment in the background was laudable. In some ways it looked like a scene out of a Guy Ritchie movie, but it was all too real.

They spoke about it in detail later but their narration raised far too many questions than they did answers. Was it right to impart a brand of ‘vigilante’ justice? – Surely a section of society would look at it as such. Should they have taken him to the authorities? What questions would the police ask? In many ways wouldn’t it make them relive the incident again? Even if they did come out on top and get the person to apologise did it not rob them of their sense of dignity and respect?

In that brief moment, when the girls saw their privacy was being violated, didn’t our sense and sensibility as a society come to a standstill?

Luna’s smile
Resilience, grit, and a smile help people to not only overcome their personal tragedies, but also give the world the gift of hope.
Parents
For the Women’s Day event, we really wished the parents would be more involved, and did multiple parent teacher meets. Less than 5% of the parents would turn up, but with constant persuasion, 200+ parents showed up on the event day, along with 500+ girls.
Meet Akshara*
Post our child sexual abuse seminar in a school, a girl (12) was able to report the rape and abuse she had been facing for more than 6 months to the correct authorities, and the parent informed us and said she would like her daughter to learn self-defence as long as we teach.  *Name changed

It takes just Rs. 300 per month to help a girl be safe, confident and have the skills to defend herself
Donate now
Copyright Ishita Sharma Foundation 2021 - All Rights Reserved
Back To Top